What if, to emerge from a dualistic conception of the world was the greatest progress our civilization must reach, simply to survive? Socrates, already, showed the way by identifying the practice of good with its knowledge, bringing together the « thinking » and the « doing ».
Bringing together what has been separated.

To attempt a conciliation between Humans and the world around them is to admit that good and evil do not exist as such. How could it be otherwise? A first consequence, is that there is no natural hierarchy any longer. Even if it existed on its own, is it useful to call on the idea of good and evil to establish it? Not ambivalent any longer, the concepts become equivalent. Coincidence of the opposites, an open whole takes shape.

Low Leaf is an American artist from Los Angeles, whose family is originally from the Philippines. She gets a classical musical education and becomes a high-level interpreter. But her soul, eternal source of division, is not to be found between lines of written partitions. It is the bewitched soul of a warrior of universal love.

Artistically, she could be the result of the experiment of a smart scientist, crossing the DNA of singers M.I.A. and Bjork. Of course, it seems indecent for me to compare her with artists from the past.
Beginning with her first live performance, she lives an experience that she never ceases to want to reproduce. For her, this is a direct connection with the public that she experiences as the end of the difference between the transmitter and the receiver.

When Low Leaf moved away from the classical education she received, it was to play the music she said she had in her mind.
Born in the USA, from a father doctor and a mother who works with him in his cabinet, she studied classical piano from the age of 5 until she turned about 18.

Each of her project is specific, and all show, from the very first, Chrysalis in 2011, an impressive mastery of the artist at all levels, from the cover to the musical compositions. naming her first album Chrysalis is, of course, not a coincidence.
The roots of the envelope of our nymph[2] cross the North Pacific to dig into the land of the Philippines. Those roots, she unearthed in the island of her ancestors. Even though Buscalan[3] has recently become a tourist destination, for its ancestral tattoos, the place keeps a very powerful cultural imprint. There, Low Leaf meets Apo Whang Od[4], the last traditional tattoo artist of the Butbut tribe, now 99 years old…

The musician get herself tattooed with the history of her family.

The tattoo is experienced as a mystical and painful experience (a wooden stylus soaked in ink pierces the skin to mark a dot). On her arm, the 4 waves that made the Philippines: Asia, India, the Arab World, and Spain. All these energies are flowing in her blood and water the seed furrows of the vinyl of her homeland: the cosmos.

« To the Pythagoreans, Callicles, heaven and earth, gods and men are bound together by a community of friendship and fair agreements … »[5]

There are no mistakes with the agreement in the cosmos of Low Leaf, a cosmos in which the body is no longer the prison of the soul, but its simple vehicle, with which it becomes one.

Currently the young woman immerses herself back into learning through Jazz and the theories of musical composition. To create to emancipate oneself, to be and be born in the process.

If there is a message in her music, tirelessly it is one in which love is always the answer. Destruction, suffering and death are but tiny parts of this answer.

Her last album was released in November 2016. Sun Psalm, a light to resolve all darkness. While listening to it, thinking that Low Leaf has returned to the study of the forms of musical objects, one remains stunned by such musical richness, dazzled about the direction the composer will now be heading to from there.

Of course, West Coast musical scene influences are felt. We cannot help thinking of Flying Lotus, Thundercat, Daedelus and many artists floating down the currents of that mythical zone from Bay Area to Los Angeles. A territory so rich for hip-hop and electro as well. It is there, for example, that DJ Shadow grew up.

However, no matter the influences, from the beginning, the young woman showed a great originality in her compositions.

Contacted by Skype, Low Leaf had the kindness of a conversation around music, language of another humanity.

Vasken Koutoudjian: There is a lot of thing devoted to nature in your music, as peace and harmony sources. However, for many[6] nature is hostile, full of violence, where it’s the law of “the strongest survive” that dominate. How could it be a source of harmony?

Low Leaf: Well, destruction is a form of creation, just as with death comes rebirth. So in term of the natural circles of life the decaying and destruction process is necessary. But in term of violence, like human violence, that is, unnatural, and since we have the free will to choose our actions, choose our believes and our thoughts, it’s the human responsibility to be aware of what we are tuning into and choosing to do. So if people were more in tune with nature and, really, themselves they would eventually see that all the violence in the world is just an extension of people that have unresolved internal pain and issues, that need to be healed. And it’s really deep because it’s like generational as there’s a lot of ancestor’s wounds that a lot of people are still carrying around, so it’s gonna take a few generations maybe, but I think that everyone is in a different part of their personal individual evolutionary process, but at the same time we are all evolving together. So when one person works on himself and tunes into a better way of life, it inevitably affects everyone else in their life. It’s just where we are right now, a part of the process of healing that is happening collectively, as a human species. There is a lot of wound from the past that are coming out now because they still haven’t been resolved. Racism for example. That hasn’t been healed in the collective conscienceless. It’s coming up again. The same if you had issues from your childhood or something that you never let go of, it will come up later on your life until we are all healing together. That’s why it is very important to be aware of your vibration and your energy and be in harmony as best as you can.

VK: But how could we be aware of our vibrations, as you said?

LL: You listen to yourself, to your body. If you feel tensions in your body, pain in tour thoughts, headaches…

VK: But do you think that this society allowed the common men to listen to his body?

LL: Society in the way that is set up, make it so that it’s hard to figure it out. But all known information and knowledge is out there on internet. So if you choose to educate yourself (because you have the choice) and become knowledgeable on what you want to, then all information is available, you just have to look for it. [7]

VK: But I’m not sure that we are so call free to choose. A lot of us are leaving in mental jail.

LL: But the thing is that we are already free. Wisdom is very simple! We’re reading books to kind of satiate the mind because the mind wants facts, but the heart, the heart already knows the truth which is very simple and natural to you. You can feel it. So when you say the jail of the mind, you don’t feel free because you are trapped in the illusion that you are just in your body so the first place to even look for peace and freedom is inside. Because it’s your perception that can entrap you.

VK: You’re right but we got to balance the inside and the outside because we are living at the both in the same time.

LL: Well the body form, is an extension of the spirit, so the root is spirit. And when you heal inside the body will response to the energy.

VK: What are you trying to achieve through music?

LL: On a personal level I want to achieve a direct connection and union with the Creator, with God, and just become an instrument of God through my music. That’s why I always have to do my best to be in tune and take care of my body as it’s an instrument. As far as, in the world, what I try to achieve with people, I just hope that my music could kind of be a form of light, or hope or inspiration of a new idea of possibly making people want to find their own connection with God as well, and hopefully if my music is pure and if I do a good job…..you know!

VK: What are your next production in music?

VK: You read in my mind because I was about to ask you. On almost all the video I saw ayou were alone on stage. So I was wondering: “does she play with a band?”

LL: Yes I just got a band this year, actually last year, and we’re playing together. Sometimes I still play alone, but we’re booking a tour for this year. It’s very nice to play with a band!

LL: I’ve got a remix album in April, remixes form other Artists, form my last  album AKASHAALAY. Right now I’m writing my next project. There is 3 possible roads I will take. I’m working on some electronic stuff a,d also some jazz stuff and also music with my band, writing it together as a band. We’ll see which one will take form first.

VK: Now my rituals questions to end : first what do you think you would have done is you were not playing music?

LL: I think I would be a visual artist. I always to work on the visual aspect of things.

VK: For you what is an artist?

LL: A true artist is born with a gift to be able to create as a way to express and process life.

VK: And last, what is the question that no one has ever ask you and that you dream to answer.

[1]Nietzsche, from Beyond Good and Evil

[7]Hence the importance of an education that teach how to look for…. 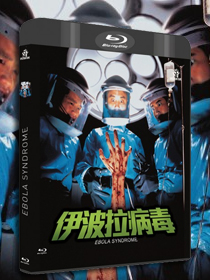 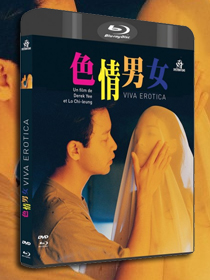 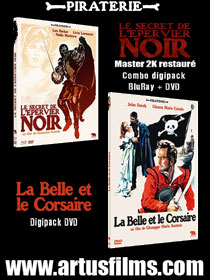 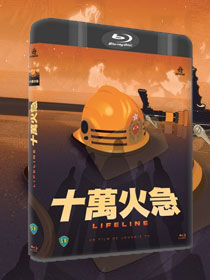 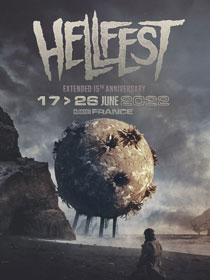 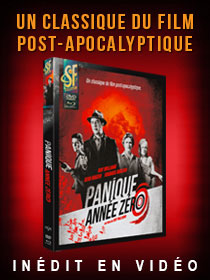 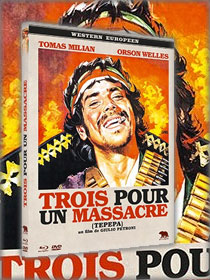 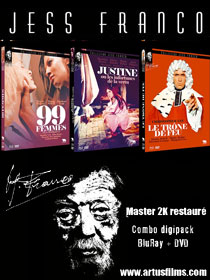 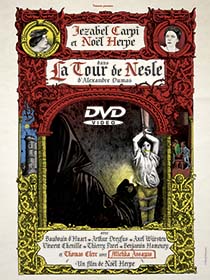 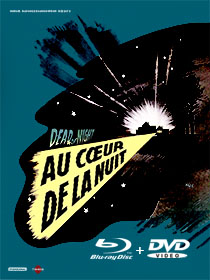 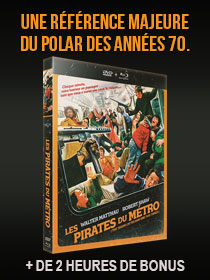 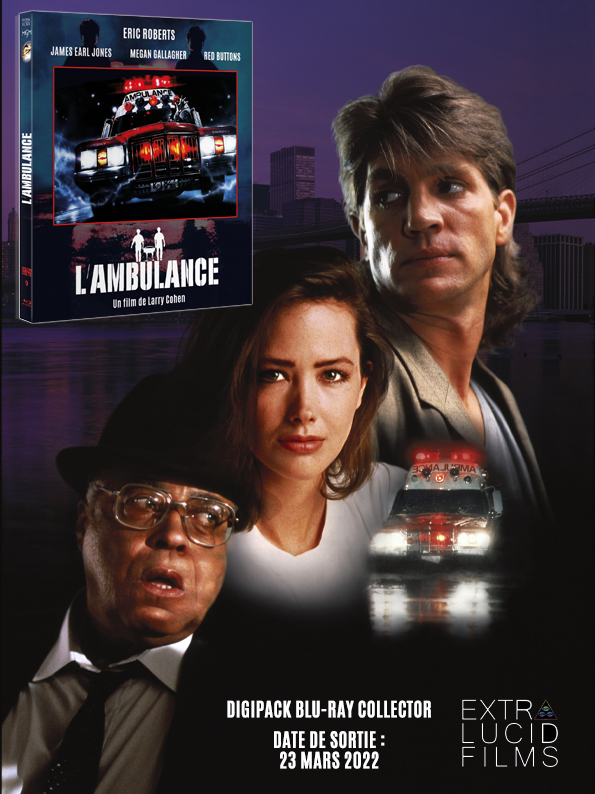