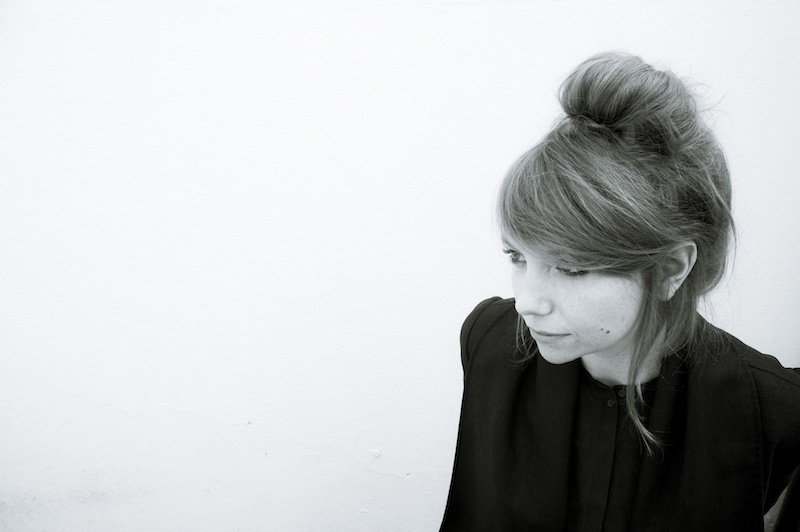 As David Lynch[1] points out, « a beginning is a moment of extreme delicacy« . A delicacy before which words are effaced and their betrayals are dispersed. Imagine a drop of water chained to a feather?
Feather and Rain[2] chained for this live :

What if the music was a transcribing description? A mechanism of copying by the senses, of the objective essence which we can not express through the usual language, to use it in order to create musical matter, the only way to reconcile with the world, since music is never lie.
Of all the keys that open the scores of the world, it would be only the keystone of a universal renunciation.
Mankind has invented nothing that is not already present in nature. All human artifacts are made from natural elementary particles[3]. From this point on, there is no longer any opposition between nature and culture. Wherever man has hierarchies his difference with nature, he has created classes. In the language of their struggles, our world is made and undone.
Music is a language which requires, in order to be understood, to deposit all dualities, such as depositing weapons, to let culture be a language of nature, and nothing else.
Mozart, who sought to reproduce the song of birds in his music, to George Crumb, that of the fatal flight of the black angel of death, we humans translate from nature, a musical language.

Translate into music our impressions, it is indeed betray the world of men to prefer another language. Betray him because turning his back on his domestication.
There is no music in nature, whereas music is a constant return to it, from the first shamanic trances that brought out the first songs in the darkness of the primitive caves.
Poppy Ackroyd grew up in the heart of the London megalopolis, in a whole family turned towards artistic expression. A mother writer and gallery owner, an artist brother and a painter father[5]. His paintings come to illustrate all album covers of The Hidden Orchestra, the band the young woman plays in. 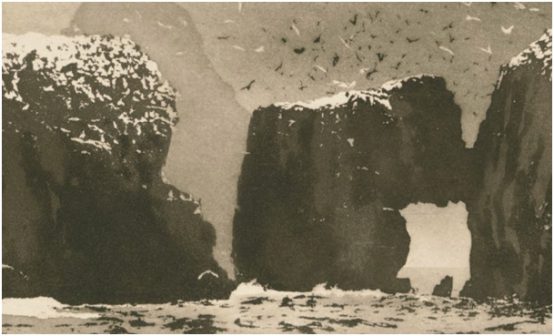 Table of Norman Ackroyd, cover of the album Archipelago

At the age of 5, Poppy starts the music with a recorder and then quickly the violin and piano replace the machine. She entered the Guildhall School of Music and Drama[6] at the age of seven. She joined a master’s in piano in Edinburgh as a continuation of her musical studies. She will stay for her curriculum in the city before going to Brighton. Poppy University is attracted by contemporary music and meets some of its greatest composers, such as Helen Grime, Haflidi Hallgrimsson and Marina Adamia.

These meetings teach her the exact way in which composers want to see their plays performed. This reinforces her interest in piano playing techniques, as well as in the music of the 20th century. Her repertoire is enriched by the works of Janacek, Debussy, Takemitsu, Kurtag or Lachnemann.

So, she begins to write her own music that Poppy Ackroyd realizes that other artists are going in the same direction. Haushka, Nils Frahm or Max Richter finally fill his sound space.

The composer defines her music as instrumental, delicate and atmospheric. We would like for her a new word, “atmos-fairyc”. She talks about sculpture to talk about music. When she starts writing, she feels that the end result is already there. She then cuts, deletes or prunes to find the hidden piece behind. To the question that is the difference between her music and the repetitive music (Philipp Glass, Terry Riley for the best known)? Ackroyd defends herself from wanting to resemble anyone, but knows very well that one can not escape influences. She has set herself as a composer, using only the violin and the piano, apart from some exceptional uses of keyboards and strings. Poppy explains to want to create something intimate and organic. If there are some loops, the musician uses them more by adding to each repetition a gradation, which gives her music a plasticity indeed very organic.
For her first album[7], the musician composes around her piano and violin only. She declares that having instrumental limits makes her focus on the emotional message of music and its expression. While reinforcing the cohesion of the album.

What is evident with Poppy Ackroyd is the obvious coherence in what she does, and coherence is simplicity and simplicity is obvious, so the circle is closed and we return to the fundamentals. To the question “that you seek to reach through music ?”, her answer brings us back to the origins of music, to what it has always been and will always be.

« I try to express stories and emotions that I cannot express with words. I am someone very open to conversation but there is a way to communicate through music that says much more than any conversation. I think when you do it with great honesty you can really « talk » to others. You will never know if they think substantially the same or not, but it’s important for me to share it.  »

It is to share it precisely that for 10 years, she is one of the pillars of the formation of Joe Acheson, The Hidden Orchestra, one of the most interesting musical experiences of the current European scene.
But that’s another story, the one of the next chronicle.

What David Lynch should have known is that an end[8] is a moment just as delicate as a beginning. Maybe even more. What kept us up until then, the heart of all our movements, is extinguished and we must return to earth, even below. Unfortunately, our words have no more meaning for an end than for a beginning. Only acts count, and music, again, never lies.

[3] Our culture, our temples, our cut stones, our colors, our light, our clothes, our fuels, everything is made of combinations of natural elements.

[4] Or as Jim Jarmush says in Paterson, « Reading translated verses is like taking a shower in a raincoat. »

[8] Here an end to follow as Poppy said herself: « I will be announcing new things very soon. I am working with a new label and will be releasing a new album later this year amongst other things.” So, stay tune!